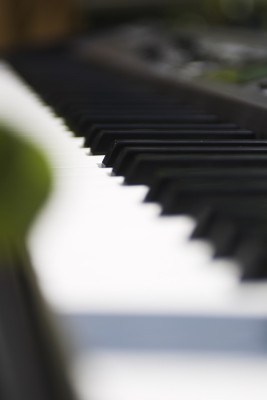 THE PIANO IN STORAGE

My name is Nancy Gabriel and I own a company called Mediation Around The Table.   I am passionate about my work as a Peacemaker because I help people to resolve their own conflicts. Mediation is an effective alternative to litigation because it is completely confidential, costs a fraction of what attorneys would charge and, most importantly, mediation preserves relationships. When I teach people how to use certain communication tools to resolve their conflicts, I feel uplifted and gratified.   Here is one example of how I helped a family solve a significant problem.

“Mrs. Hall” died three years ago. She had no Will, and not much in the way of accumulated wealth. Her legacy consisted mostly of the memories shared by her three adult children, and the houseful of furniture from their childhood home.   Some of the stuff had sentimental value to each sibling, such as their bedroom furniture, and various family photographs.   Then there were the Thanksgiving cross-stitched tablecloth, and a vast collection of Christmas ornaments, all of which conjured up memories of happy times spent with family. There were also two relatively new flat screen televisions, and a well-maintained baby grand piano. All of these things stayed in Mrs. Hall’s house until it sold, and when it was time for the siblings to divide everything up “equally,” a huge conflict arose, mostly about the piano. Because each felt “entitled” to what he/she wanted, no one was willing to compromise. Eventually, the brothers and sister put their mother’s things in storage, paying good money to let the stuff sit there while ill feelings continued to fester.

The oldest, Paul, consulted with a probate attorney, who wanted to charge them more money than the items were worth. Not a good solution. So Paul started thinking outside of the box, and convinced his brother and sister to meet with a neutral Mediator, to see if Mediation would help them divide their mother’s things in a way that worked for everyone. What a great idea!

The Mediation session took two hours, costing each sibling a fraction of what they had paid to date in storage fees, and a decision was reached which ended the conflict. They laughed, cried and hugged each other, and the relationship was preserved.

Thanks to the tools utilized by the Mediator to engage the siblings in a meaningful, productive conversation, everybody felt like a winner.

P.S. The middle sibling ended up with the piano…