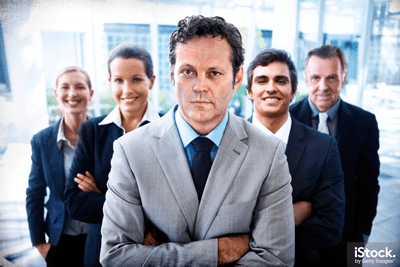 Before you ponder this non-sequitur, much less attempt to answer it for yourself, let’s think about how these questions relate to conflict in the workplace.

Here’s a scenario that’s easily relatable. You’re the manager preparing to have a discussion with an employee about his lack of punctuality. It’s pretty clear in your mind that the starting time is 9:00 a.m. Your employee generally drifts in at about 9:10 a.m., and proceeds to amble back to the kitchen to get coffee, chit-chatting along the way. His actual workday (as you’ve noticed on many occasions) doesn’t effectively start until 9:30.

You call him into your office, describe the offensive behavior to him, and sternly indicate that this behavior will no longer be tolerated. He apologizes, promises to rectify his tardiness, and hastily backs out of your office.

Rules are rules, and right is right.

Now let’s look at this scenario another way. The employee’s lack of punctuality and morning productivity remains unchanged, but the conversation between the two of you is entirely different. This time, instead of describing the offensive behavior to the employee with the message that it will no longer be tolerated, you take a different approach. You make the same observation of his morning routine, but ask him if there’s something you’re unaware of that’s preventing him from arriving at the office prior to the start of the workday. Maybe he’s a single parent, driving the morning carpool? Or maybe he’s relying on public transportation? Or maybe he recently moved and the commute is now taking him longer? By asking the question instead of issuing the edict, you might arrive at a solution that is mutually beneficial. Maybe a later start time or a shorter lunch break? In any event, the employee walks out of your office with a better attitude because you took an extra moment to listen.

Obviously, not all conflicts in the workplace are this cut and dried. And not all solutions are this readily attained. You always have the option of putting your power away for the time it takes to have a conversation. You have the ability to ask a few questions and listen to the answers. You may even arrive at a productive solution. And through this process, you can be both right and liked.

For more information about how I can help, send me an email: Nancy@mediationaroundthetable.com.